A few days ago, Microsoft released Service Pack 1 (SP1) for SQL Server 2016. This release however, is not at all similar to older releases of SQL Server service packs, in a very pleasant manner.

In addition to cumulative patches, bug fixes, improvements, etc., SQL Server SP1 does something else as well; it makes features that until now you could only find them in Enterprise Editions, available to the rest of the Editions of SQL Server 2016 with SP1. Yes, you've heard right! This is an exciting, breakthrough change!

Now you can use In-Memory OLTP not only in the Enterprise Edition of SQL Server 2016 SP1 but also in the Standard Edition, Web Edition and even in the Express Edition! Also, you can use columnstore, dynamic data masking and much more!

Let's see below a table of Enterprise features of SQL Server 2016 that are now available in other editions as well, after of course upgrading to Service Pack 1:

As you can see this is indeed a breakthrough change. Now, everyone can experience the full potential of SQL Server. Now these features will be used even more broadly. New development work will include them even more thus creating new generation data applications that make use of these features. The possibilities are endless!

I'm planning to start a series of articles covering all these features in simple words and with simple examples so stay tuned! 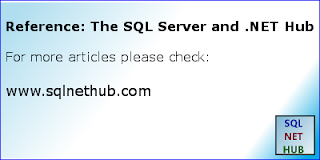